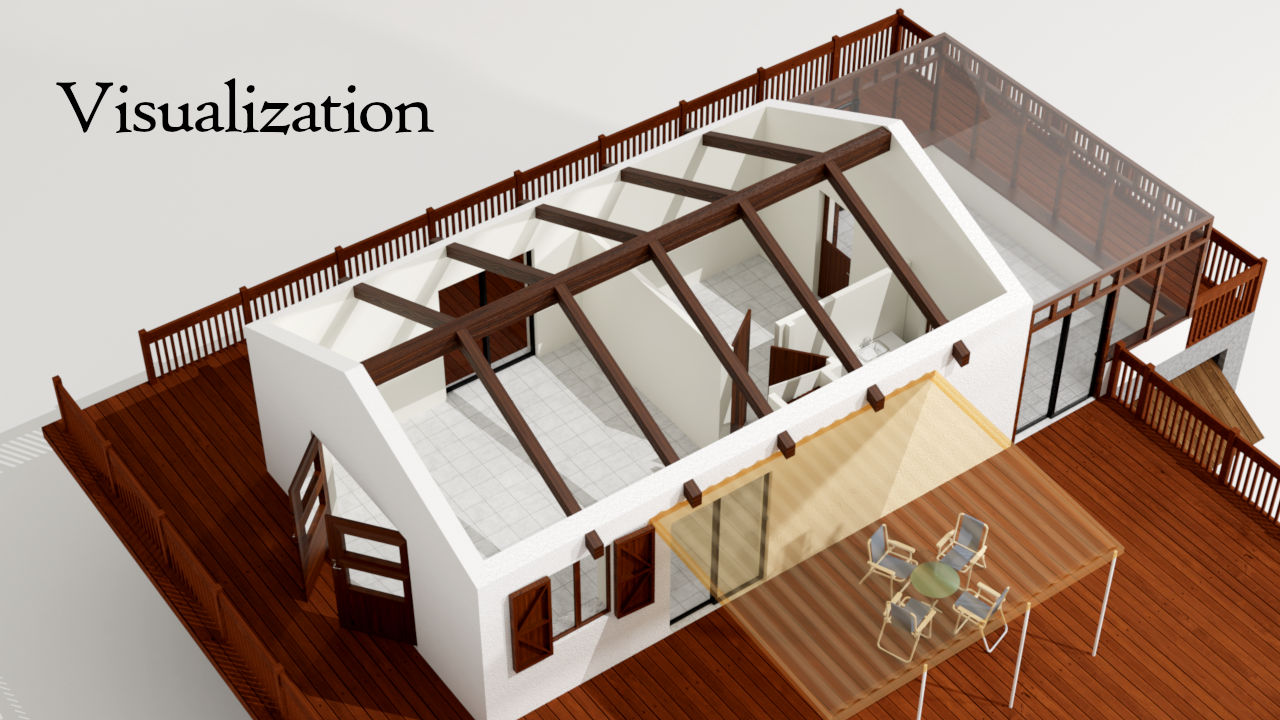 Anything can be modeled and animated in 3D. That's today's awesome graphic medium. And powerful it is.

Architecture, landscape planning, city planning, product design, machinery, science, engineering, interactive multimedia, education/learning, medicine and medical uses, physics, gaming and action simulation, even film story boarding. Most movies are done with the actors working in front of green screen or blue screen, and the epic scene is composited in 3D after. Production vs Post-Production. While we're not in the multi-million dollar film studio industry, still, there's so much that the small business owner and individual can utilize from this approach.

Even just recently we couldn't get the client in his country to photograph the product we needed for the video. So we recreated the product in 3D, animated it, and the final video was far better than if we had filmed it on location. Another client wanted us to model a golf cart. And that's merely a couple of the limitless examples.

We've done quite a few 3D animated logo projects now. It's both fun and rewarding for us and the client, and adds a whole new dimension (literally) to otherwise lifeless still logos and branding.

I don't know about you, but I love going to the cinema and seeing the gorgeous animated logos before a feature film. They're epic and really gives the audience a sense of omnipresence and power to the production company or film makers.

Visualization is any technique for creating images, diagrams, or animations to communicate a message. In our case, it means creating the object and/or scene in 3D for the purpose of better visual clarity and understanding of the object, overall subject matter, and its various functions and interactions with the surrounding environment.

Best example (on a larger scale) is an architect FIRST creating the building in 3D, and seeing how that building would be best situated on the land, ingress/egress, landscape, water runoff, sunlight angles, etc., etc., ALL can be seen clearly in 3D BEFORE any major budget is spent (and wasted) on construction. Permaculture design is another great and closely related example of how best to utilize this design resource. And thought we're not architects or permaculture experts, we've done many such projects in collaboration.

3D Modeling - From Model to Textures to Lighting to Rendering

Here is where we create the object in 3D space. Any object. The whole scene. From simple blocks and shapes to cars and machines to characters and monster, and all the surrounding scenery. Again, the imagination is the only limit.

We model it. Texture it. Light it. Possibly animate it. And Render it. Stills or video, we massage the verticies to help your campaign arrive in the 3D virtual world.

To be honest, no, we're not Pixar studios or Disney or DreamWorks, etc., animating characters in kids movies. But neither can the small business or individual afford these services.

We're quite proud to offer stunning, dazzling and ultra realistic 3D animations for most applications required by the small business and individual business people utilizing 3D animation in their marketing campaigns. These project are so varied and span so many applications, it's hard to even describe the service, let alone set a price.

We work exclusively in Blender software.

Please see our portfolio for many samples and let us know your project ideas.